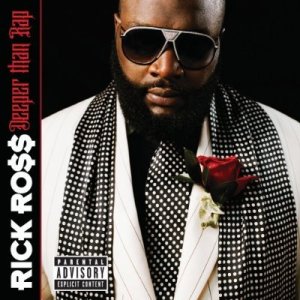 Rick Ross, who hails from Carol City, has established a Tony Montana persona big enough to fill his burly stature: He claims to be a prolific crime lord with visions of a drug-and-violence filled Miami, as well as a wealthy, yacht-hopping womanizer.

In his third album, Deeper Than Rap, Ross doesn’t live up to the disc’s title, instead sticking to the formula that has brought him success. The results are mixed.

But while equally lively production on songs like “Mafia Music” and first single “Magnificent” help mask Ross’ average lyrical content, dancefloor-centric tracks like “All I Really Want” and “Lay Back” feature cheesy synth beats and feel woefully out of place. This keeps the album from making a lasting impression.