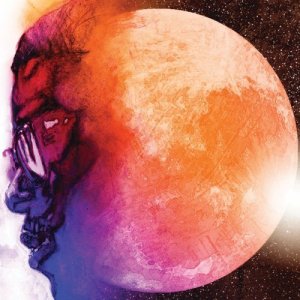 Kid Cudi is depressed. The skinny jeans-wearing Cleveland rapper and singer is all doom and gloom on his debut solo album, the brilliant Man On The Moon: The End Of Day, a psychedelic trip into the mind of a 20-something going through his quarter-life crisis.

Separated into five acts and sporting an omnipresent narration from rapper/actor Common, Man On The Moon is a cacophony of brooding synthesizers, sinister string arrangements and syncopated drums that serve as the perfect backdrop for this nightmarish voyage through the mind of a troubled youth.

On “Soundtrack 2 My Life,” Cudi sings “I’ve got some issues that nobody can see, and all of these emotions are pouring out of me” as he reflects on his paranoia since his father’s death. He further delves into his loneliness on his minimalist hit single “Day ‘n’ Nite” and the haunting drum-less “Solo Dolo.”

Despite his admitted troubles, Cudi maintains an undertone of positivity and hopefulness: He sings “The sky might fall, but I’m not worried at all” on the organ-driven, Kanye West-produced “Sky Might Fall,” and praises his own courage and strength on “Heart Of A Lion.”

Despite Man On The Moon being a deeply personal journey, Cudi gets some A-list help. Kanye West and Common co-star on  “Make Her Say,” an ode to sexual fantasies that repurposes Lady Gaga’s recent hit, “Pokerface.” Meanwhile, the experimental rock duos Ratatat and MGMT contribute an eerily chanted chorus and a fiery guitar solo on the gorgeously composed “Pursuit of Happiness.”

Man On The Moon may be the ballsiest debut album for a hip-hop artist ever, and it is certainly the most memorable since Lupe Fiasco and Kanye West’s freshman offerings. Cudi has managed to break ground not only lyrically, but also musically in a genre that much too often is content settling for the status quo.