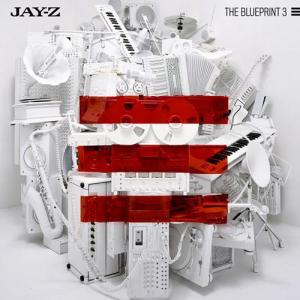 Jay-Z has nothing left to prove in hip-hop, or even music. And he spends much of his time on The Blueprint 3, his 11th studio album, making sure we know that.

Jay-Z’s raps have been on a decline for years, and as with most of his albums, The Blueprint 3 is a mixed bag of innovative and uninspired, although as usual, the good outweighs the bad.

Kanye West executive produced the album and determined the overall musical direction.  Along with mentor No I.D., Kanye provided beats for over half of the album.

Moody, Pete Rock-esque horns dominate the landscape of “Thank You,” while Jay-Z denounces hip-pop trends on “D.O.A. (Death of Auto-Tune)” to the tune of live drums, screeching electric guitar, Hammond organ and a blaring sax melody.

Kanye manages to both outshine Jay (on the militaristic “Run This Town” with Rihanna) and also provide one of the worst songs of either superstar’s career: “Hate.” The latter features cringe-worthy lyrics with a backdrop of distorted vocals, lazy drums and cartoonish laser blasts.

Timbaland managed to gyp Hova with three of his most uninspired productions in years. “Off That” is saved by a catchy hook by “it” rapper Drake, but “Venus vs. Mars” and especially “Reminder” are forgettable filler.

Blueprint 3 is at its best when Jay-Z is at his most authoritative: “Empire State of Mind,” which features Alicia Keys, is a bold tribute to New York, with Jay declaring “I’m the new Sinatra.” Meanwhile, the ’80s drenched “Young Forever” finds Jay indirectly tackling the issue of hip-hop growing old (Jay himself is almost 40), with Kanye protege Mr. Hudson singing the chorus from Alphaville’s “Forever Young.”

To his credit, Jay is doing best to stay ahead of the trends: He allows up-and-comers Kid Cudi, J. Cole and Drake to share the spotlight, while the musical backdrops balance live instrumentation, orchestral arrangements and spacey synths.

But after 13 years, he doesn’t have  much interesting to say.