Busta Rhymes “Back On My B.S.” 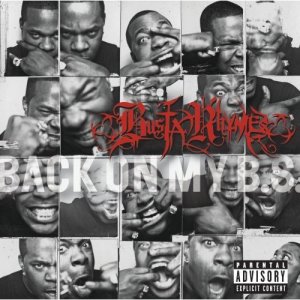 After ditching eccentricity for introspection on his criminally underrated (yet under-performing on the charts) 2006 album, The Big Bang, Busta Rhymes felt the need to reclaim his wild side.

Unfortunately, Back on My B.S. is an unintentionally appropriate title for Busta’s eighth studio album. The disc is a return to the inconsistency and outlandishness that plagued the hip-hop veteran’s catalog in the early 2000s.

The first single, “Arab Money,” is a cringe-inducing, politically incorrect club banger littered with a plethora of Middle Eastern stereotypes, including poorly Auto-Tuned gibberish passing for Arabic on the chorus and the word Arab pronounced “ay-rab.” Even more puzzling is Busta’s association of Maui and Malaysia with the Middle East.

Equally uninspiring songs include the sexually crass and minimalistic “Sugar” and the disappointing “Respect My Conglomerate,” which features Lil’ Wayne and Jadakiss, but suffers from obnoxious production and an out-of-place spoken word chorus from a British woman.

Two songs released as singles are inexplicably absent from the album. The old school bass and percussion-driven “Don’t Touch Me,” Busta’s best single in at least 5 years, and the Linkin Park collaboration “We Made It” outshine most of what made the cut.

All is not lost on B.O.M.B.S., though:  “Wheel of Fortune,” which seesaws between a orchestral sample and syncopated funk, the introspective “Decision,” with Common, Jamie Foxx, Mary J. Blige and John Legend, and the Euro-pop “World Go Round” are impressive displays of Busta Rhymes’ talent, but fail to help the album overcome mediocrity.